Johan Bülow is an entrepreneur, known for his company Lakrids, and was named Leader of the Year in Denmark in 2014.

This interview with Johan Bülow by Jonathan Løw is from the book: SECRET NO MORE, edited and shared with us by courtesy of Jonathan Løw and Content Publishing.

As an entrepreneur and leader, Johan Bülow has become synonymous with the word ‘lakrids’ – Danish for ‘licorice’. That is due to his ability to transform the raw, fibrous licorice root into exclusive products that consumers over most of the globe have adopted. Bülow’s growth venture is called quite simply “Lakrids”, and at the time of writing the company is represented in 20 countries and has turnover amounting to a three-digit million figure. Love of licorice is so deeply ingrained in the young entrepreneur’s self-image that on Facebook he is known as Johan Lakrids Bülow.

I believe that if I called Johan a licorice nerd, he’d take it as a big compliment. But what else characterizes this entrepreneurial young man from the Danish island of Bornholm, whose career is storming ahead and who has adorned the front page of a large number of media because of his passion for a root that for some people is a remedy against coughs and stomach aches, but for Johan is the central element in creating a unique and exclusive taste experience?

As the editor of this book, I talked to Johan Bülow about thinking like an entrepreneur, authentic leadership and actually a whole lot that wasn’t about licorice…

Although many people may not really consider Bornholm as the stronghold of entrepreneurship, I have seen in many reports that you believe the island’s entrepreneur environment has been quite decisive to your success. Can you tell me a little more about that?

As a child I grew up in something you could in many ways call an entrepreneur community. Close to my childhood home were a micro-brewery, a chocolate factory, an ice-creamery, a sweet factory, and a glass-blowing workshop. In addition, I grew up with a mother who was one of the most entrepreneurial people I know.

As young as the age of 16 years my mother borrowed money from her father to start a grill bar in Aarhus. Then she threw her interest onto glass-blowing, and right now she is involved in bead production in Ghana. She has always inspired me greatly, and my mother has given me the love of entrepreneurship as a way to live out one’s childhood play and dreams.

Bornholm as an entrepreneurial Mecca! Wow! It wasn’t limited to the street you grew up in, was it? What about your school, for example – did that also hatch out budding entrepreneurs?

Yes, it did, actually. Now you’re going to get some wild facts from Johan’s school! Over three years, my little school with about 150 pupils hatched out a liquorice-maker, the restaurant Kadeau (editor’s note: named as one of the world’s 50 best restaurants), the singer Aura, and the entrepreneur Nicolas Michelson, the man behind the company AirHelp, which has been named by CNN as one of the world’s 30 most promising new businesses.

I think that’s because when you grow up on Bornholm, you have a very great urge to distinguish yourself afterward. That is, do well as an Islander.

In addition, such a small island community means that there arises some odd form of self-regulation when it comes to product quality. By that, I mean that if you really make a shitty product, try to convince the world around you that it’s nevertheless fantastic, then the gossip starts on the island, and that’s not nice. Therefore, we basically want to do things well as islanders, and in my view, this focus on quality is completely essential for one’s success as an entrepreneur.

Precisely this thing about quality is also something I’ve thought a great deal about as an entrepreneur. Sometimes I believe you forget completely about that element when you want to explain why some businesses are successful, while others fail. Why are Apple, Facebook, and Skype, for example, successful with their efforts, when there are plenty of similar products and services? Including some that have come both before and after them.

Is that perhaps also to a large extent due to the ability of the companies mentioned to deliver a user interface and a user experience that are superior to those of their competitors in terms of quality?

Yes, I agree completely, and the same thing applies to Lakrids. We ask our customers to pay DKK 70 for 150 grams of licorice. You can only get people to pay that again and again if they think it’s worth the money. The keywords for me have been thoroughness, focus, product, and passion – plus a lot of hard work, of course.

When you’re talking about licorice, one senses that you are both a nerd and extremely passionate about licorice. How have you as a leader been able to transfer some of that passion to your staff? One of the challenges facing successful entrepreneurs can be that the rest of the team doesn’t always share one’s enormous dedication and motivation.

I think there are two answers to that question. One of them is that for us, quite fundamentally, you should feel that going to work is cool. You’ll never find an employee at Lakrids who goes to work with the thought of taking time off. They won’t be here very long.

The other answer is that as a leader, you must have the ability to invite your employees into the business and let them develop it without you interfering all the time. I always look at new staff appointments as a way of buying competencies that can give Lakrids something new and teach me something. The new recruits give us some competencies that will help strengthen both the product and the entrepreneurial culture at Lakrids.

Entrepreneurial culture – exciting. What do you mean by that in practice?

As in any other growth business, we also have a focus on performance. When you perform well, you should be rewarded.

But in addition, all the time I also try to develop a culture that has small elements built-in, which give the individual employee an opportunity to take joint ownership and act as an entrepreneur. I can give you a couple of examples: When for instance you turn one of our latest licorice tins upside down, you’ll see “cooked by Morten Fitzner” (or some other name) on the bottom. That’s the name of one of the people who helped secure the high quality in the production, and they should be given credit for that in a very visible way. That naturally gives them an enormous feeling of joint ownership and pride.

With regard to our sales and marketing departments, I give the employees the responsibility for events where the individual sales or marketing person has sovereign responsibility for arranging a given product event. If they have the idea of involving a Michelin chef, then they’ll simply ring that person. They get things the way they want them, and therefore they’ll involve themselves in quite a different way than if they just carried out orders.

You’ve told me that you’re just as much an entrepreneur as you are a leader.

Well, that’s what I think I am. Even though I do have great leadership responsibility for my employees, of course, and that’s a responsibility I take very seriously, there is still a great deal of entrepreneurship in the job I have.

Although I’m the CEO, I have tried to place myself in the organization so I am a very product-focused CEO. I’m not the man who runs through the figures in the greatest detail and lists our KPIs; instead, I’m the man who runs about all the time and gets involved in everything that’s happening in the company.

Our lawyer likes to say that every time he meets me I’m running around all fired up and he can see that in my eyes. SHINING EYES is what he calls it. And being all fired up is something that infects my employees.

In addition, my involvement in the details also means a lot to them. I can remember a few years ago when the staff on Bornholm suddenly couldn’t get a licorice pot to boil. In that situation, I decided to jump on a plane to Bornholm that same morning to help them sort it out. There’s no doubt that a CEO who’s immediately involved in the details of his company also gains some ‘street credit’.

In 2014 you were named Leader of the Year, and I’ve always regarded you as a very authentic person – and leader. In this book – Secret No More, we talk about the authentic leader as one who dares show his feelings, mistakes, and weaknesses, for instance. Does that describe you as a leader

I can’t help showing my feelings, because I am so proud of our product. The worst thing for me would be if people ate a piece of our licorice and then spat it out in a rubbish bin. That would hurt me enormously.

In addition, I am very open to my employees. For example, I’ve been at a management meeting and told my colleagues that I felt I was under extreme pressure and needed to go home and take care of myself. That occurred during a period when I didn’t remember to respect my boundaries, and I could feel in my body and my soul that something was wrong.

Luckily, I’ve learned to find the balance today and that’s super important when someone like me is also highly ambitious as a father and husband as well as a leader.

Lastly, Johan … Today, Lakrids as a company is present in 20 countries. What is the dream – for the company and for you personally?

I’m convinced that I’ll be running just as fast in 20 years’ time as I do today. If I wanted to retire, I could have done it three years ago and lived on the money for the rest of my life. But I wake up every morning with the urge to make a difference both for my family and my company. I have this constant wish to do everything a little better than the market and, luckily, that drive is infectious. And, well – we’re back at that all-fired-up look in the eyes …

This article is from the book: SECRET NO MORE.

Otto Scharmer – The World of Today and Tomorrow 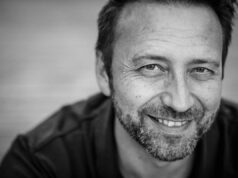 Thomas Zoëga Ramsøy: What is Applied Neuroscience & Why is it So Important for Leadership and Management? 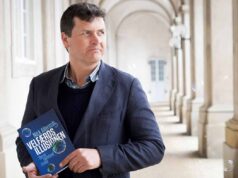 The Benefits of the Western Welfare State Model is an Illusion

Otto Scharmer – The World of Today and Tomorrow

The Benefits of the Western Welfare State Model is an Illusion

Stillness of the Mind in Life and Leadership: Interview with Buddhist...