The increasing dynamic and complexity of the daily business, a variety of lifestyles and beliefs about what is right or wrong, as well as differing legal regulations make the task of leading responsibly in a globalizing economy more difficult, complex, and uncertain.

In addition to this, grand challenges like global warming, rising inequality, global migration, and poverty, put not only pressure on governments and international organizations, but also on business firms to contribute to a sustainable future for people and planet.

As a consequence of the above, those in leadership positions at firms find themselves increasingly facing demands to assume responsibility, not only toward shareholders but also toward society and the environment.

Societal groups and NGOs ask for transparency of business conduct as well as socially and ecologically responsible decisions from business leaders. The notion of responsibility is therefore clearly an important one for a firm operating in the 21st century. Yet, unlike other more traditional aspects of business, examining responsibility raises many questions for which the answers are not always simple.

Pinning down the Concept of Responsible Leadership

One reason that we cannot find simple answers to questions of responsibility is that it is a concept that is difficult to pin down. While responsibility can and should permeate through the whole firm and should underpin and influence every business action, it runs the risk of being perceived as something that is difficult to grasp and less concrete than other aspects of doing business.

So what is Responsible Leadership?

Theoretical thoughts as well as asking managers facing these challenges of the 21st century revealed common themes. Managers who are questioned about the role of responsible leadership in business firms tend to agree on a series of common aspects. These aspects also reflect what scholars increasingly consider responsible leadership to be in today’s globalized business environment.

In a very basic sense, responsible leadership can be defined as the management of a corporation’s interactions with society aimed at addressing the corporation’s various stakeholder concerns and contributing to the multiple bottom lines of economic, social, and environmental performance. The leader is thereby the one who enables and moderates interactions with the various stakeholders of the company.

More specifically, in our research, we identified five relevant aspects that seem important for responsible leadership in the 21st century. These include

1) being able to make informed ethical judgments about existing norms and rules;

3) engaging in long-term thinking and in perspective-taking;

4) communicating effectively with stakeholders; and

I elaborate on these below.

A key element of responsible leadership is having the ability to make informed ethical judgments about existing norms and rules. Especially when overseeing global business operations, where leaders face a diversity of rules and regulations, have to engage with various cultural norms and operate in contexts where there might be insufficient legal guidance. Here responsible leaders should be able to critically question norms of business conduct they deem wrong.

Therefore, adding a responsibility dimension to the concept of leadership that extends beyond mere liability means that leaders will be expected to assume a position on local societal or organizational conditions. They also have to be prepared to take a stand wherever laws and regulations are flawed or non-existent. This entails speaking up where unethical practices are concerned.

The aim is not only to do the best for the firm, but also to aspire to be a general force for good that generates positive change

Displaying moral courage in this way was another of the commitments the managers we questioned look for in a responsible business leader. Responsibility within a company should mean helping to remedy injustice internally and externally. The aim is therefore not only to do the best for the firm but also to aspire to be a general force for good that generates positive change.

A business leader profile that also aspires to the general force for good implies a shift in perspective, requiring a forward-looking instead of a backward-looking responsibility orientation.

Rather than basing responsibility on the retroactive logic of holding accountable those who have already performed an unethical act, forward-looking business leaders make proactive efforts to prevent such accidents and scandals.

They, therefore, anticipate the consequences of their decisions, orient their thinking to the long-term and consider the potentially negative impact doing business can have on people, society, and the planet.

Responsible business leaders also need to communicate effectively with stakeholders. While total transparency is perhaps not possible, responsible leaders should try to foster healthy relations with those who have a vested interest in their business. Greater responsibility brings with it the recognition of stakeholder groups such as employees, unions, local communities, NGOs, professional bodies, and the like.

Establishing channels of communication with all these stakeholders is a first step that must then be followed by a clear and coordinated plan that allows these channels to inform each group of the firm’s progress and, at the same time, enables the firm to incorporate the responses of stakeholders into its decision making processes.

So, how does this new model of responsible leadership actually operate and make a difference? The answer appears to be through collective action.

We have to recognize that there is usually not a single person or entity who is responsible for creating the unethical, irresponsible, or unsustainable conditions that are prevalent in global business.

Such a notion of responsible leadership can help to stress that collective problem-solving is required if a successful and positive change is to be achieved. Leaders emerge as those who use their influence to initiate and moderate dialogues.

Responsible leadership offers the possibility of uncovering mutually beneficial solutions for all stakeholders engaged in the problem-solving process.

The one thing that underpins the success of this new model of responsible business leadership is what researchers call the ‘social connection model’ of responsibility.

This theory argues that the responsibility for the harm caused by structural injustices must be assumed by all those whose actions contribute to the structural processes that produced these injustices.

For instance, poverty or global warming are global problems that are not caused by single entities, nor can they be solved by individual actors; however, many business firms contribute with their actions to these problems.

Responsible Leadership is a Collective Effort

Integrating this notion of shared responsibility into the concept of leadership has important implications. While the current concepts of ethical and responsible leadership place the burden of moral conduct only on the leader, sharing responsibility makes leadership a collective effort.

Regarding responsible leadership as shared also means that different parties assume leadership roles in the search for common solutions. Every party affected by a decision can be regarded as part of the solution.

For those interviewed, the challenges of collective problem solving are to find a common language and to accommodate conflicting goals.

Responsible leadership necessitates the management of complexity. For instance, responsible leaders might need to be able to handle an economic and a social logic simultaneously, which involves frequently displaying seemingly contradictory traits in their behavior and decision making. Thus, responsible leaders require strong cognitive, relational, and behavioral capacities to tailor their responses to a wide variety of different demands.

Cognitive complexity enables leaders to recognize and comprehend various interests and to deal with a greater multitude of news and information;

– relational complexity comprises the ability to communicate and negotiate with different groups and is based on emotional intelligence and cultural sensitivity;

– behavioral complexity is the capacity to draw on a broad behavioral repertoire, including different leadership roles.

To display these different roles in interactions with diverse stakeholders and to switch between (sometimes conflicting) roles, depends on the setting or situation.

Organizations can try to foster individual skills to deal with complexity by providing training and development, for instance by sending managers to take part in activities with NGOs, social entrepreneurs, or international organizations in developing countries.

READ ALSO: 8 Complexity Management Strategies that will Help You Cope

Alternatively, such skills can be encouraged through the creation of a stimulating company context. This can include HR policies that favor the recruitment of open-minded people, that offer training in situations of ambiguity and conflict, and that encourage staff to practice auto-evaluation and self-criticism.

What research highlights is that the responsibility for responding to current societal and environmental problems is much more a shared, collective, and communicative endeavor than we presently see in current leadership approaches.

We have data that indicates that leaders who care about their company, their employees, and society at the same time are perceived as more effective compared to others in the organization.

They also appear to have a positive influence on their employees’ commitment to the firm as well as on employees’ engagement in the broader community.

The Benefits of Responsible Leadership

Clearly, there is much to be gained from embracing responsible leadership. A firm’s sense of collective strength can be enhanced as can its image and communication. It seems that today’s business leaders have little excuse not to adhere to a logic that promises much. It is time they accept that what may have previously been viewed by many as a fad is now a necessary and desirable cultural change.

Moreover, we propose that responsible leadership can contribute to solving pressing problems of our time, like the problem of how to integrate foreigners into the workforce in countries where the tolerance for other cultures and other ways of living is diminishing.

It might also be a relevant counterbalance in what appears to be an age of emerging populism. In such an environment, where discussions are no longer based on facts and reason but on sentiments, we require responsible leaders who can steer these discussions toward a more rational exchange of ideas.

Voegtlin, C. 2016. What does it mean to be responsible? Addressing the missing responsibility dimension in ethical leadership research. Leadership, 12(5): 581-608. 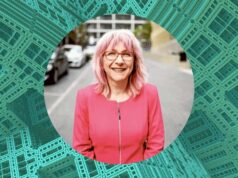 How do we make Workplaces Work for Autistic People? 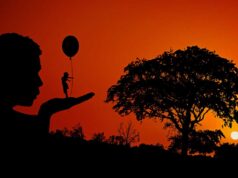 What is Psychological Safety and How to Create it? 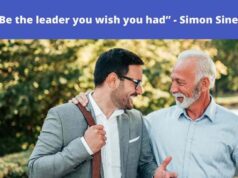 Key to become a Successful Strategic Leader is Mastering the Process...