Professor Clayton Christensen passed away on January 23rd 2020 at age 67. We’ve lost a great thinker and a man who reminded us to care about others rather than org. chart position, wealth and status. In honor of his life achievements, we write this article of appreciation.

Clayton Christensen has been called ‘one of the most influential business theorists of the last 50 years’ and received numerous awards for his innovative work. He lived in Belmont, Massachusetts with his wife Christine Christensen. They married in 1978 and had five children.

After receiving his MBA from the Harvard Business School in 1979, he worked for several consulting companies including the Boston Consulting Group before turning to found his own business together with three professors from the Massachusetts Institute of Technology. In 1984 they founded Ceramics Process Systems Corporations (CPS Technologies) and throughout the 80’s he functioned as CEO for CPS Technologies.

In 1992 Christensen turned to academia and he was awarded a full professorship at the Harvard Business School in 1998. For many years he taught a course called ‘Building and Sustaining a Successful Enterprise.’

He later founded three other businesses: Innosight in 2000, Rose Park Advisors in 2007 and the Christensen Institute for Disruptive Innovation – a Non-profit Think Tank with a focus on societal issues such as education and healthcare.

As an entrepreneur and a management consultant at heart, he had a razor-sharp eye on how he could facilitate organizations and their innovative processes. This led him to write what the Economist has called ‘one of the six most important books ever written’: The Innovator’s Dilemma.

In the Innovators Dilemma, Professor Clayton Christensen outlines how smaller companies can supersede large corporations and take on large market shares due to offerings of disruptive products and services – often with smart technology and at a low price.

According to Christensen, large corporations are at times left in the dark by adhering to traditional approaches and following teachings by business schools, while faster-moving innovative companies quickly gain ground as they listen to and engage customers. As they gain knowledge of the generations to come by paying deep attention to their needs, they manage to invest heavily in solutions for the next generation’s problems. In other words – they provide what customers need and oftentimes at a more affordable price, due to more aggressive investments in innovative technological solutions.

In the Innovator’s Dilemma, Clayton Christensen describes how suitable reactions to these disruptive forces are possible if they are identified in time. The problem is that it seems far more difficult to spot disruptions in one’s own industry than those occurring in somebody else’s industry as a large knowledge base can get in the way of seeing ‘the writing on the wall’, Christensen says in one of his last interviews (Sloan Management Review 2020).

Over the years Christensen regretted how the theory and concepts of disruption is often used incorrectly in a much broader way than intended. With two colleagues, in 2015, he, therefore, publishes the article: What is Disruptive Innovation in Harvard Business Review.

The authors emphasize the correct uses of the concepts of disruption:

’“Disruption” describes a process whereby a smaller company with fewer resources is able to successfully challenge established incumbent businesses. Specifically, as incumbents focus on improving their products and services for their most demanding (and usually most profitable) customers, they exceed the needs of some segments and ignore the needs of others. Entrants that prove disruptive begin by successfully targeting those overlooked segments, gaining a foothold by delivering more-suitable functionality—frequently at a lower price. Incumbents, chasing higher profitability in more-demanding segments, tend not to respond vigorously”’(Christensen et al. 2015).

According to Christensen, established companies are indeed innovating, yet they are focusing on ’sustaining innovation’ rather than disruptive innovation. Sustaining innovations may be incremental (small approvements of the same product) or major breakthroughs and focus on profit maximization.

How Will You Measure Your Life

At the end of a course, Clayton Christensen asked students to apply his principles – not to their careers – but to their personal lives.

‘More and more MBA students come to school thinking that a career in business means buying, selling, and investing in companies. That’s unfortunate. Doing deals doesn’t yield the deep rewards that come from building up people. I want students to leave my classroom knowing that’, Christensen writes (2010).

So, if you were a student of Christensen you may have been posed the following questions:

First, how can I be sure that I’ll be happy in my career?

Second, how can I be sure that my relationships with my spouse and my family become an enduring source of happiness?

While some would find the latter question somewhat extreme, Christensen would explain how some of his own classmates from Harvard Business School had spent time in jail as they had lost their way.

‘I know I’ve had substantial impact,” Christensen wrote after he was diagnosed with cancer. “But as I’ve confronted this disease, it’s been interesting to see how unimportant that impact is on me now.

I’ve concluded that the metric by which God will assess my life isn’t dollars but the individual people whose lives I’ve touched.

Christensen, Clayton (2010). How Will You Measure Your Life? Harvard Business Review, July-August 2010 Issue. 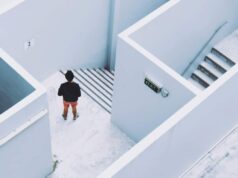 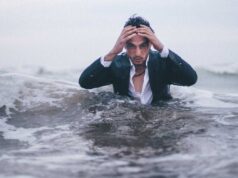 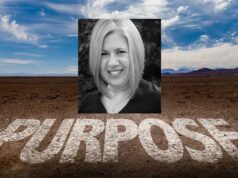 ManageMagazine works to connect research, expertise, and practice to create healthy organizations of tomorrow. Through knowledge, advice, and education, we empower decision makers to manage with passion, wisdom, and creativity.
Contact us: [email protected]
© ManageMagazine