The following is a full video transcript of Ethan Hawke’s TedTALK:Give Yourself Permission to be Creative

I was hoping today to talk a little bit about creativity. You know, a lot of people really struggle to give themselves permission to be creative and reasonably so. I mean, we’re all a little suspect of our own talent. And I remember a story I came across in my early 20s that kind of meant a lot to me. I was really into Allen Ginsberg and I was reading his poetry and I was reading – he did a lot of interviews.

And at one time, William F. Buckley had this television program called Firing Line, and Ginsberg went on there and sang a Hari Krishna song and playing the harmonium, you know, and he got back to New York to all his intelligentsia friends. And they all told him ahh that you know that everybody thinks you’re an idiot and the whole country’s making fun of you. And he said, that’s my job.

You know, I’m a poet and I’m going to play the fool. Most people have to go to work all day long and they come home and they fight with their spouse and they eat and they like turn on the old boob tube and somebody tries to sell them something. And I just screwed all that up. I went on and I sang about Krishna, and now they’re sitting in bed and going: Who’s this stupid poet? And they can’t fall asleep. Right. And that’s his job as a poet.

most of us really want to offer the world something of quality, something that the world will consider good or important

And so, I find that very liberating because I think that most of us really want to offer the world something of quality, something that the world will consider good or important.

And that’s really the enemy, because it’s not up to us whether what we do is any good. And if history has taught us anything, the world is an extremely unreliable critic. Right.

So you have to ask yourself, do you think human creativity matters? Well, hmm, most people don’t spend a lot of time thinking about poetry, right? They have a life to live and they’re not really that concerned with Allen Ginsberg’s poems or anybody’s poems until their father dies. They go to a funeral, you lose a child, somebody breaks your heart. They don’t love you anymore. And all of a sudden you’re desperate for making sense out of this life. And has anybody ever felt this bad before? How did they come out of this cloud?

Or the inverse; something great. You meet somebody and your heart explodes. You love them so much you can’t even see straight. You know, you’re dizzy. Did anybody feel like this? What is happening to me?

Human creativity is nature manifest in us

And that’s when art’s not a luxury. It’s actually sustenance. We need it. OK, well, what is it? Human creativity is nature manifest in us.

We look at the aah, the aurora borealis (polar lights). Right. I did this movie called White Fang when I was a kid, and we shot up in Alaska. And you go out at night in the sky. It was like rippling with purple and pink… and white it’s the most beautiful thing I ever saw. It really looked like the sky was playing beautiful. Go to Grand Canyon at sundown. It’s beautiful. We know that’s beautiful, but fall in love. Your love is pretty beautiful. I have four kids… watching them play, watching them like pretend to be a butterfly or run around the house or doing anything. It’s so beautiful.

We have to know ourselves. What do you love? And if you get close to what you love, who you are is revealed to you and it expands

And I believe that we are here on this star in space to try to help one another. Right. And first we have to survive and then we have to thrive and to thrive to express ourselves. All right. Well, here’s the rub. We have to know ourselves. What do you love? And if you get close to what you love, who you are is revealed to you and it expands. For me, it was really easy. I did my first professional play as 12 years old. I was in a play called St. Joan by George Bernard Shaw at the McCarter Theater. And boom – I was in love.

My world just expanded. And that profession, I’m almost 50 now. That profession has never stopped giving back to me, and it gives back more and more, most strangely through the characters that I’ve played.

My grandmother, my great grandmother, Della Hall Walker Green on her deathbed, she wrote this little biography in the hospital and is only about thirty six pages long, and she spent about five pages on the one time she did costumes for a play. Her first husband got like a paragraph. Right. Cotton farming, of which she did for fifty years, you know, gets a mention five pages on doing these costumes. And I look, my mom gave me one of her quilts that she made and you can feel it. She was expressing herself. And it has a power that’s real.

I remember my stepbrother and I went to go see Top Gun, whatever year that came out. And I remember it. We walked out. The mall is like blazing hot. I just looked at him and we both felt that movie just like a calling from God, you know this. But completely differently! Like I wanted to be an actor, I was like, I got to make something that makes people feel – I just want to be a part of that. And he wanted to be in the military. You know, that’s what all we ever did is play FBI, play army man, play knights, you know, and I’d like pose with my sword. And he would build a working crossbow; shoot an arrow into a tree. So he joins the army.

He gave his life to his passion. His creativity was leadership

Well, he just retired colonel in the Green Berets. He’s a multi decorated combat veteran of Afghanistan in Iraq. He now teaches a sale camp for children and fallen soldiers. He gave his life to his passion. His creativity was leadership. Leading others, his bravery to help others, that was something he felt called to do and it gave back to him. We know this. The time of our life is so short and how we spend it. Are we spending it doing what’s important to us? Most of us not. I mean; it’s hard.

Are we spending it (life) doing what’s important to us? Most of us not

The pull of habit is so huge. And what makes kids so beautifully creative is that they don’t have any habits, and they don’t care if they’re any good or not. Right. They’re not, you know, they’re not building a sandcastle going: I think I’m going to be a really good sandcastle builder. You know, they just they throw themselves at whatever project you put in front of them, dancing, doing a painting, you know, building something, any opportunity they have. They try to use it to impress upon you their individuality. Right. It’s so beautiful.

Creativity…It’s the way we heal each other.

There is this thing that worries me sometimes whenever you talk about creativity, because it can have this kind of feel that it’s just nice, you know, it’s warm or it’s something pleasant.

It’s not. It’s vital. It’s the way we heal each other.

It’s actually super easy. You just have to follow your love, right? There is no path. There’s no path till you walk it and you have to be willing to play the fool, so don’t, you know, read the book that you should read, read the book you want to read. Don’t listen to the music that you used to like. You know, take some time to listen to some new music. Take some time to talk to somebody that you don’t normally talk to.

I guarantee if you do that, you will feel foolish. 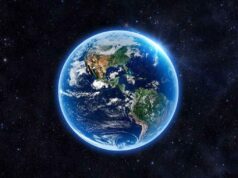 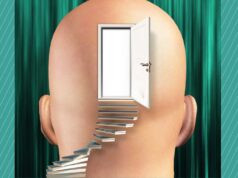 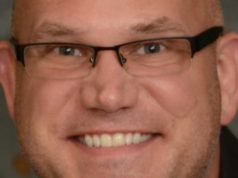 What if the World was One Country? A Psychologist on Why...