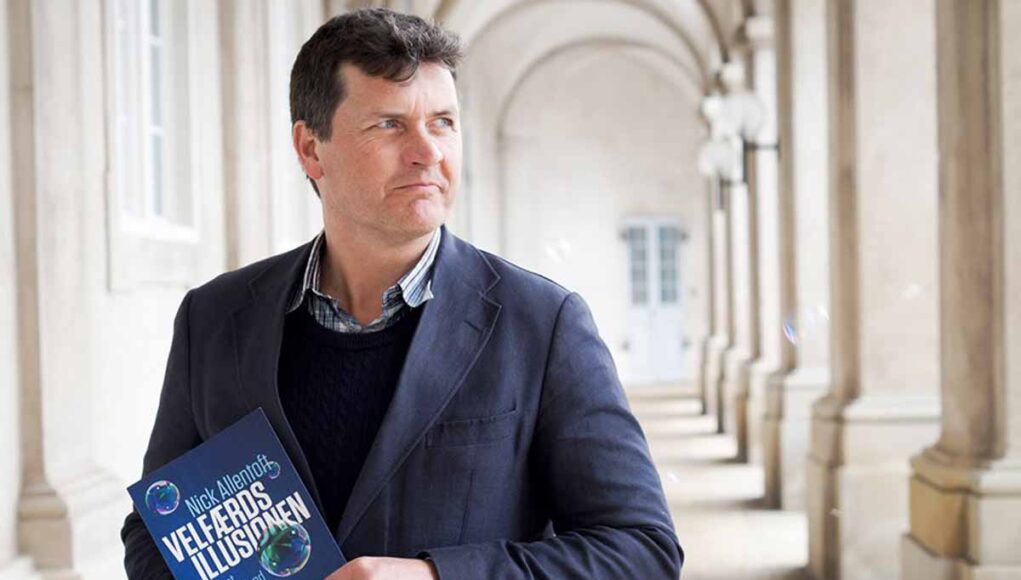 The Western Welfare State Model is an Illusion, says Danish Writer and Journalist Nick Allentoft* in this Interview

Western societies, especially in Europe, are known worldwide for their welfare state model where social security is financed collectively, education is – fairly – free and health care a common responsibility.

Yet the model is weakening, argues a renown Danish editor-in-chief, Nick Allentoft. His latest book calls the state of society a Welfare Illusion, and he is on a mission to revitalize the vision and values of our Western societies.

“For decades the private sector has had the freedom to focus on growth and wealth while responsibilities for people and society have been placed in the hands of the public sector and the politicians.

Today, we are witnessing the collapse of this model in light of, on the one hand, the series of international business scandals of recent years, and, on the other hand, political issues such as the refugee crisis, the climate situation, and Brexit,” Allentoft says.

“Political systems around the world are currently changing with a speed that we haven’t seen in almost 30 years. The key to understanding why this is happening and what to expect next is to tap into global public opinion. Right now the biggest risk for democracies is that the public no longer sees them as democratic,” said Nico Jaspers, CEO and Co-founder of Dalia Research about an opinion poll released from the Democracy Perception Index provided by Rasmussen Global recently.

According to the findings in The Democracy Perception Index (DPI) a majority of people around the world feel like they have no voice in politics and that their governments are not acting in their interest (51% and 58% respectively).

In particular, they have little faith that their government is formed “by the people” and works “for the people”.

1. A SOCIAL CRISIS, where people no longer have faith in the public social security systems despite high taxes.

2. A LEADERSHIP CRISIS, which promotes an administrative focus, control, and systems in which anyone with the right diploma can take on the managerial responsibility of handling rules and bureaucracy. And lastly:

3. A DEMOCRATIC CRISIS in which politicians and public administrations have lost control over societies therein both businesses and people act globally.

“All these crises are growing as we speak, and we have to understand, that none of them can be solved by either private initiative nor public sector or political initiative.

If we in the West want to stay strong as democratic societies based in competent workforces, innovation, well-educated populations, robust business infrastructures, and effective public sectors, then we need to establish better collaboration between public and private sectors. And that is a leadership task,” he argues.

The Three Crises of the Welfare State Model

The social crisis of our welfare state revolves around the fact that the middle class is shrinking. Unfortunately, nobody really seems to care, except the people who are caught in the consequences.

“In short, you can say, that should you face what I call a serious life crisis due to an accident, a life-threatening illness, or a chronic disease, you are on your own.

Even in Denmark, which is world-known for our unique welfare model, people are now facing a rollercoaster ride from good jobs and security to the bottom of society. Within only a few months this may occur, should you be so unlucky as to face a serious life crisis, whether it is cancer, a traffic accident, or even a lost job.”

Just as professor Mintzberg argues, we have lost our focus on the most important in society and lives, which is the individual and the pluralism we all navigate in.

1. The Social Crisis of the Welfare State Model

“In Denmark, people grow up to learn about the all good welfare society where the state takes care of us, when and if we fall, so we can focus on job and family. Yet today, the welfare model only steps in if you fit the systems and fulfill all criteria for getting help. People and caseworkers are forced to submit more to what can be viewed as absurd bureaucratic rules than basic common sense. We have built social systems that destroy people rather than lift them, and we have only scarcely seen the consequences,” says Allentoft.

He refers to a series of examples and outlines a few:

“Examples are a man setting himself on fire outside a job center or people committing suicide or others dying from serious diseases while trying to fulfill the systems’ demand in order to get the right help and survive financially. Other examples are la vestes jaune in France or the issues behind Brexit.”

2. The Leadership Crisis of the Welfare State Model

One could now argue, that the social crisis is purely a matter of placing the right people at the decision making levels. This brings us to the second crisis; the leadership crisis, Allentoft explains.

“Western societies and welfare states probably have a world record creating rules and laws. Rule upon rule, law upon law, and guideline upon guideline. In Denmark alone, you can count almost 30.000 pages covering the bureaucracy on the social and employment policy areas.

I accept the intention but we have reached a point where we must face the fact, that a perfect society can’t be created through the bureaucracy. It is people and culture that create a well functioning and strong society. These demand freedom and creativity and both of these are held down by bureaucracy,” Allentoft explains.

One would expect that leaders step in, but for years we have educated new leaders to respect bureaucracy as a premise

In his book, he describes how bureaucracy has come to dominate public employee’s work life. Social workers spend up to 8 out of 10 working hours behind a computer, nurses are forced by rules to ask patients to rate their pain even though they have no pain, or nursing home workers have to document event the smallest unexpected incidents in case someone later does something wrong.

“One would expect that leaders step in, but for years we have educated new leaders to respect bureaucracy as a premise. Today most people in management positions really practice management and the potential leaders chose a different career,” Allentoft explains. He is referring to a national survey with about 3000 public sector officials in management and leader positions.

One could argue, that all of the above challenges are designed to be handled in a democracy since both employees and citizens must experience the chaos that the two crises produce.

READ ALSO: What is Autonomy in the Workplace? 3 Common Myths about Worker Autonomy

“Leadership research and literature emphasizes the importance of credibility and trust as preconditions for leading. Without the trust of the people and the voters, how would future public and political leaders actually lead the people and the societies they are supposed to lead?

Without societal trust in the very institutions that societies are built of – what kind of business climate will future leaders of private companies then have to operate in,” Allentoft asks?

3. The Democracy Crisis of the Welfare State Model

Problems concerning the architecture of our welfare societies and a leadership crisis are a political issue for Parliaments. One could even argue, that the outlined situation is a candy store for any politician whether a liberal or socialist. At this point, Allentoft calls our attention to the democratic crisis.

“Democracy is still a fairly new model for societies. The democratic crisis has both national and global roots. While people have lost faith in politicians, our politicians have lost control of societies for two reasons.

Firstly, control is lost due to an increasing bureaucracy. Politicians today simply aren’t allocated the decision making power to make decisions without consulting the public administration for outlines of what, how, and when.

Moreover, they face the challenge of having the patience to see an issue through the traditional path of international policy institutions. This may take decades! Just look at the issue of microplastic fibers, which can only be solved through international regulation and even then it is still a problem.

We risk our foundation of growth, social security, and stability if we do not act now

Secondly, control is lost as democracy is facing severe challenges from the new world. In this new world order, nations such as China or Russia – with more autocratic political institutions and systems – are increasingly dominant ”

It is in this light that Allentoft highlights the need for leaders’ need to act now.

“The consequences for our Western societies – I include both public and private sectors – basically threaten our way of living. We risk our foundation of growth, social security, and stability if we do not act now.

I believe, that the welfare illusion is a result of letting two large sectors evolve more or less independently. They have each let the other sector do what it does best while focusing on their own bottom-line. You can say, that private businesses have in their freedom to create growth forgotten that their nation’s infrastructure – everything from healthcare, education, and taxes to regulation – is a crucial backbone for doing great business.

At stake are our freedom of speech, our democratic traditions, our access to health and education, and – not the least, our creativity and culture

On the other hand, the public sector – with its administrations, politicians, and slow cooking democratic procedures – have forgotten to adjust to the globalization, which they love being part of, yet have never fully understood.”

“If we fail to recognize these three basic crises we cannot revitalize or even modernize what we love so much.

At stake are our freedom of speech, our democratic traditions, our access to health and education, and – not least, our creativity and culture.

To make this happen, leaders from all sectors must step out of their leadership boxes, to use a Danish way of phrasing it. Leaders must accept, that they are paid to take responsibility beyond their own bottom-line”, Allentoft emphasizes.

Nick Allentoft is a journalist and author of the book: The Welfare Illusion (published in Danish). 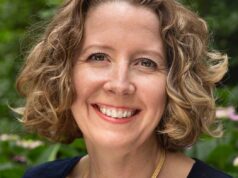 Interview with Jennifer Garvey Berger: How to Overcome Obstacles of Adult Development 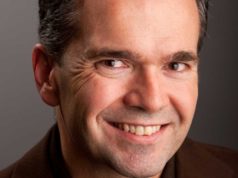 Bart Houlahan: I Want to Redefine Success in Business 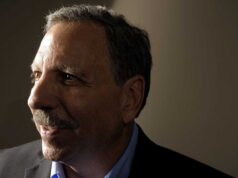 Interview with Jennifer Garvey Berger: How to Overcome Obstacles of Adult...

Why are Freelance Consulting Jobs so Popular? Interview with Comatch